Level Design Objectives
1. Create an asymmetrical level design
2. Create ample flank access
3. Limit the verticality to allow for the strengths of various characters (but not too much)
4. Create three distinct "zones"
5. Create a space that is easy for the offense at the start and more difficult for the defense
6. The opposite at the end of the map, easier for defense, more difficult for the offense
7. Balance the chokes and checkpoints
8. Give advantages to each zone
- The first zone is more open, better for DPS and hitscan characters
- The second is tight and windy with lots of passages, great for flanking characters
- The third is balanced to tip the advantage to the defense, ample cover and more open spaces
9. Opportunities for environmental hazards that don't feel forced and unfair
10. Create a map that works with the (fan) lore of Overwatch
Blockout Mesh 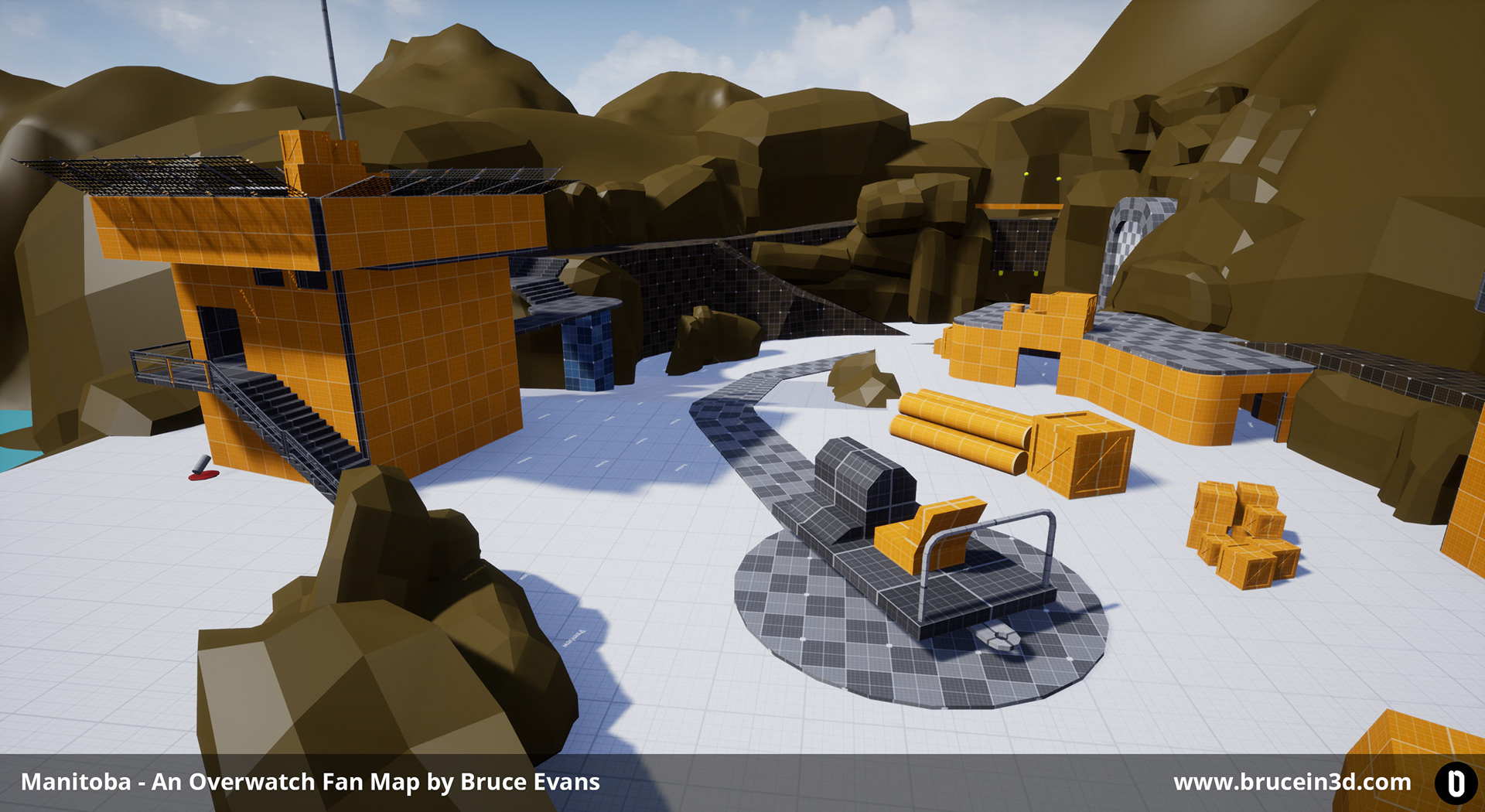 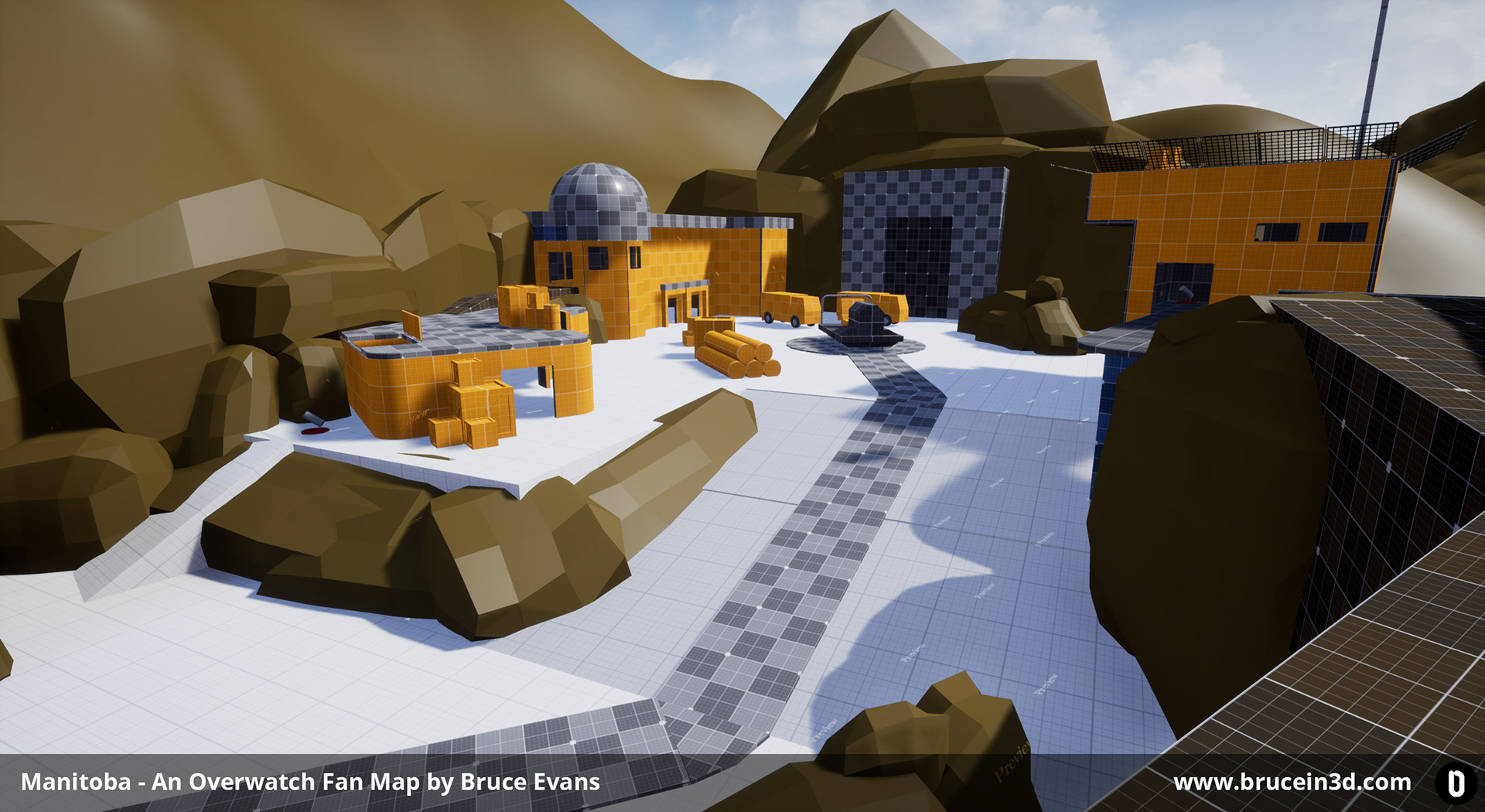 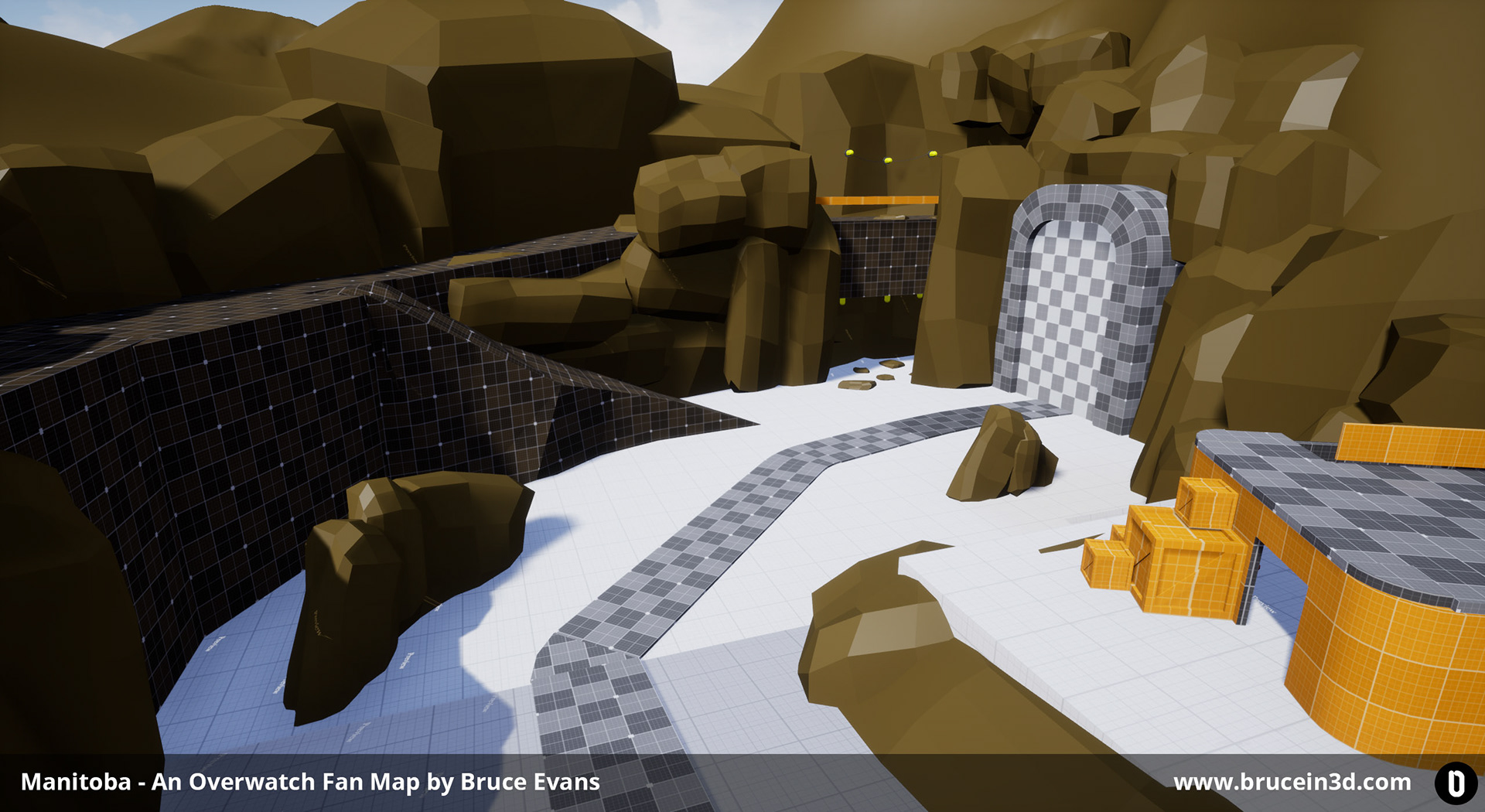 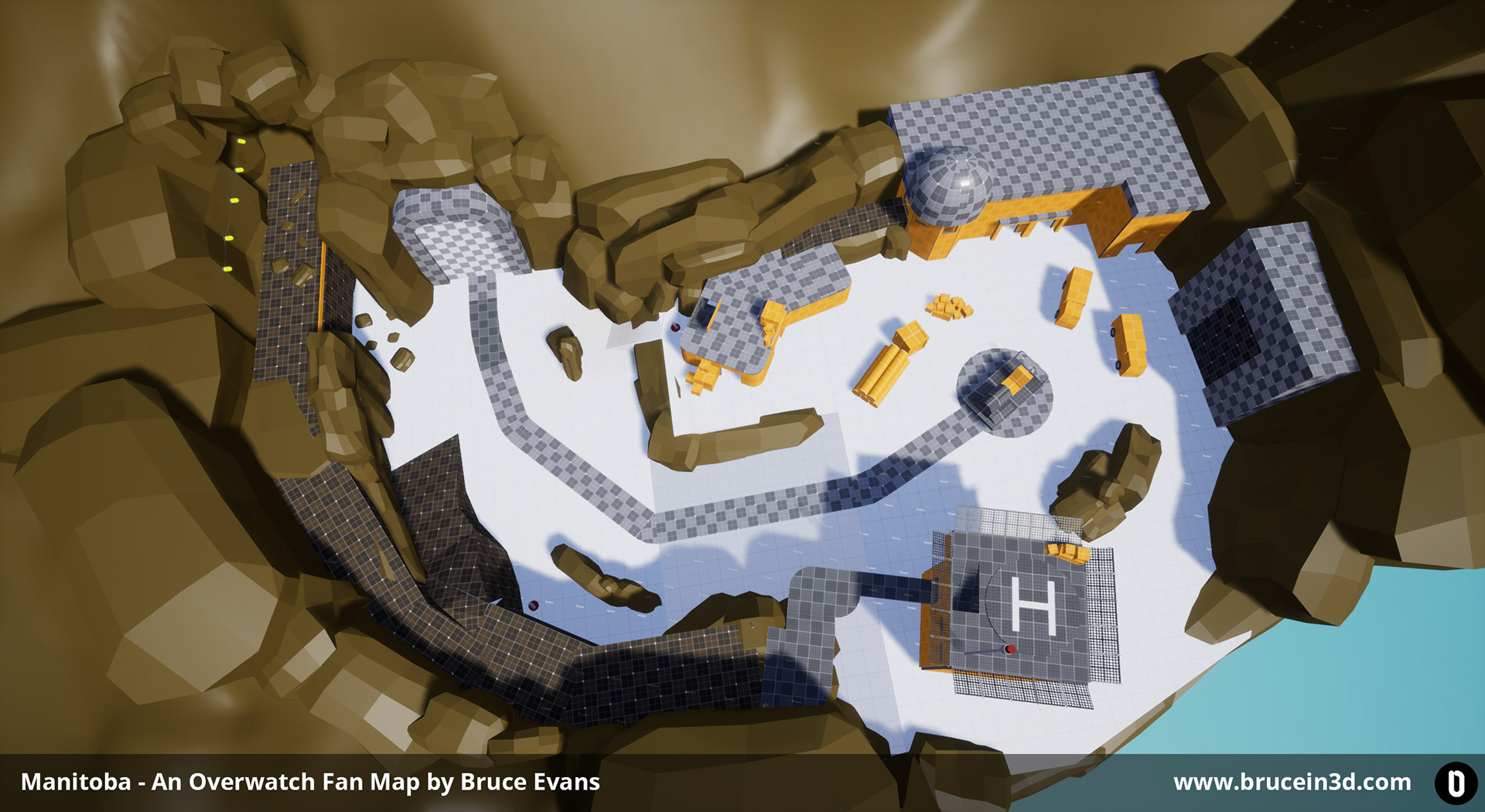 Map Back Story
Overwatch Archives: Detonation
Blackwatch has learned of an underground Omnium ran by Talon in a mine north of Winnipeg in Manitoba, Canada. The makeshift factory produces aggressive Omnics that are hostile towards humanity and the mine contains vast deposits of Omniranium, the metal used to produce Omnics. Production and mining are being overseen by Talon’s top brass while the workload comprises of Canadian locals.
Tasked with the mission to blow the mine and stop the illegal Omnic productions, Overwatch sends agents Reyes, Moira, McCree, and Genji to escort a payload loaded with explosives to blow the mine. The team fights through hordes of Talon agents and hyper-aggressive omnics. Once the attacking team escorts the payload deep into the mine, the victory screen will show the mine exploding in the background.
The result of the mission wasn’t all good. Several innocent Canadians were killed as a result of the explosion and many more were put out of work. This caused a rift between the people of Canada and Overwatch. The first of many rifts that would eventually lead to the disbanding of Overwatch.
Gameplay Description
Manitoba is a payload map. Offensive players lead a payload along a fixed route to the end of the map while the defensive team hinders their progress. This first portion of the map was designed with medium to long sightlines to encourage players to choose hitscan characters and shields. Ample flanking routes also provide enough coverage for quicker characters to sneak around shields to disrupt either the offense or defense. This leg of the map was meant to give the offense a slight advantage by providing height advantages and ample cover. I designed the map in a teardrop shape to naturally increase the intensity of the combat by reducing the overall gameplay area in an organic way leading to the first main choke and checkpoint.
Stage 1 is finished!
Blocking for the mine entrance and caverns still to come.  Work has calmed down, so I should be updating more often!

Top down map made in Procreate

Escape From the Glass Factory

The Battle of Starcourt

Disaster Master VR
↑Back to Top

Insert copy here, which should vary depending on your region. Accept