Level Design Objectives
1. Adhere to the realistic gameplay and setting of The Last of Us.
2. Push the rising actions into a worthy climax.
3. Create story twists that will affect gameplay.
4. Return to previously played areas, but with new mechanics and greater difficulty.
5. The story directly affecting gameplay and vice versa.
6. Create more detailed art using only the Radiant Black editor tools.

Mission Overview
The evening patrol has just missed their second scheduled radio check-in. The player (Ellie-like character) and their partner (Joel-esque) volunteer to cross the bridge and check in on the silent patrol team who should be in the tower.
Quick Summary
The Mill is a mix between a sneaking mission and frantic, desperate combat. The mission begins at the edge of the empty town near a military bunker. Brick buildings line the main street possessed by infected. Fighting is an option, but the safer choice is to search for an alternate path. Ellie reaches the compound and climbs a makeshift bridge to the tower. She finds a dead patrolman and another wounded. An oncoming group of enemy survivors threatens the tower with long-range rifles. After finishing off the snipers with the dead patrolman’s rifle, Ellie and her partner help the wounded out of the tower. The bridge collapses as the three try to cross attracting a horde of infected. The trio scrambles through the compound towards the town. Ellie breaks off and fights multiple infected, protecting the other two. The level ends when Ellie and the team reach the military bunker.
Objective 1 can be found HERE.
The block out and artwork were all made in Radiant Black, custom textures in Substance Designer.
Map Layout and Design
This map is a little more straight forward than the first objective. The player already knows their mission, make it to the watchtower and find out what's wrong with the recon team. Once inside the factory compound, the player can see their goal, but the route isn't immediately clear. The stairs are busted and the road is crumbling. However, the long conveyor belt still seems to be intact, somewhat. Following the leading line of the conveyor belt leads the player to a train service building and what's left of an elevated track, somewhat intact. Climbing the stairs leads to the roof of the station and the conveyor belt is reachable. Climbing the long, rickety conveyor belt leads to the roof of the factory, and to the missing recon team.
An alternate route exists behind the station. A small grate has been pried off and the player can crouch inside (refer to the photos). Once inside, the player encounters another infected. They can choose to safely fight or sneak to the ladder and ascend to the roof and the conveyor belt.
This project was also a simple exercise in detailing structures using the Radiant Editor.  For the most part, all assets were made in Radiant and textured using the Call of Duty Black Ops III Mod Tools.  The metal panel material was made in Substance Designer and brought into the editor. 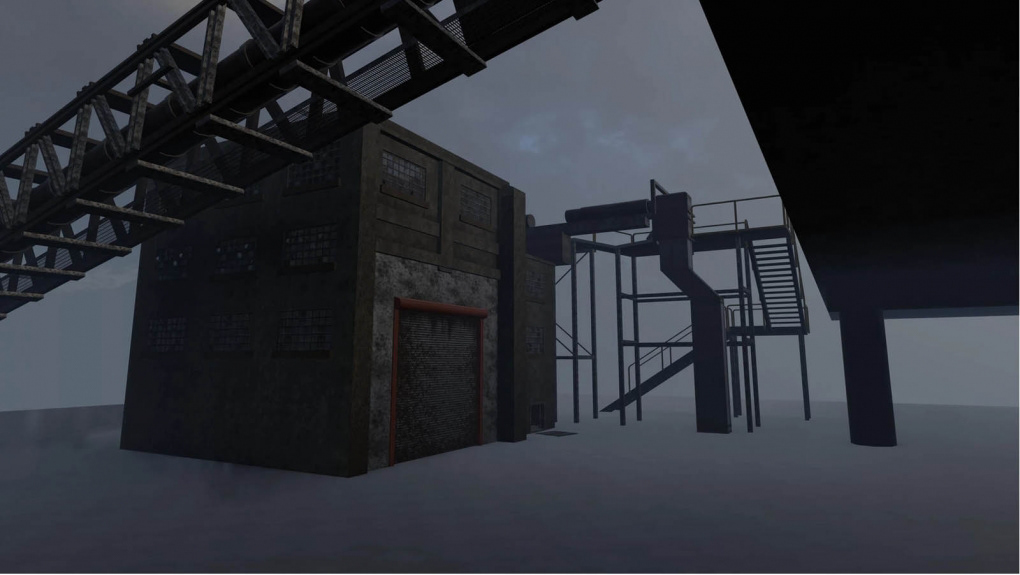 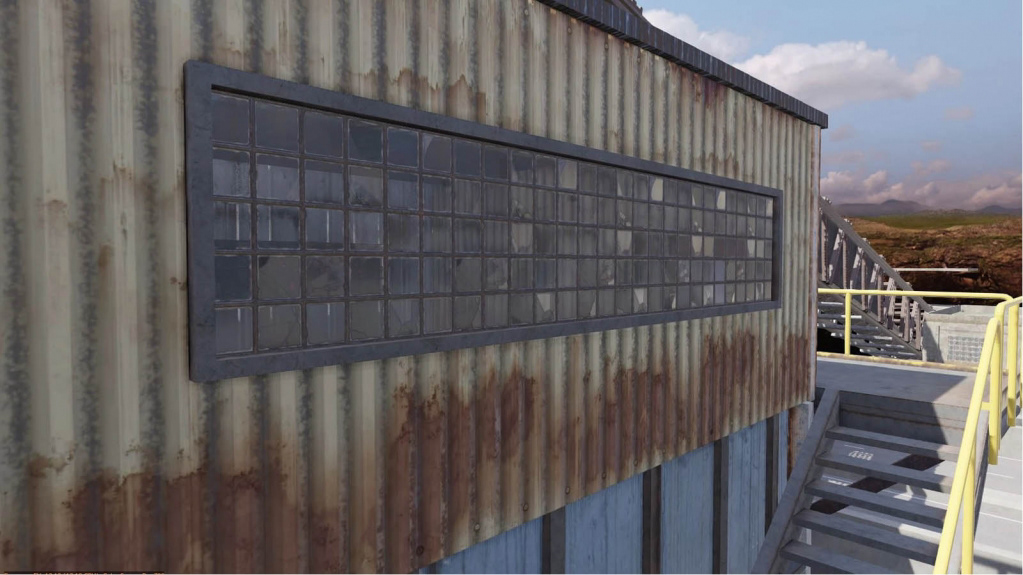 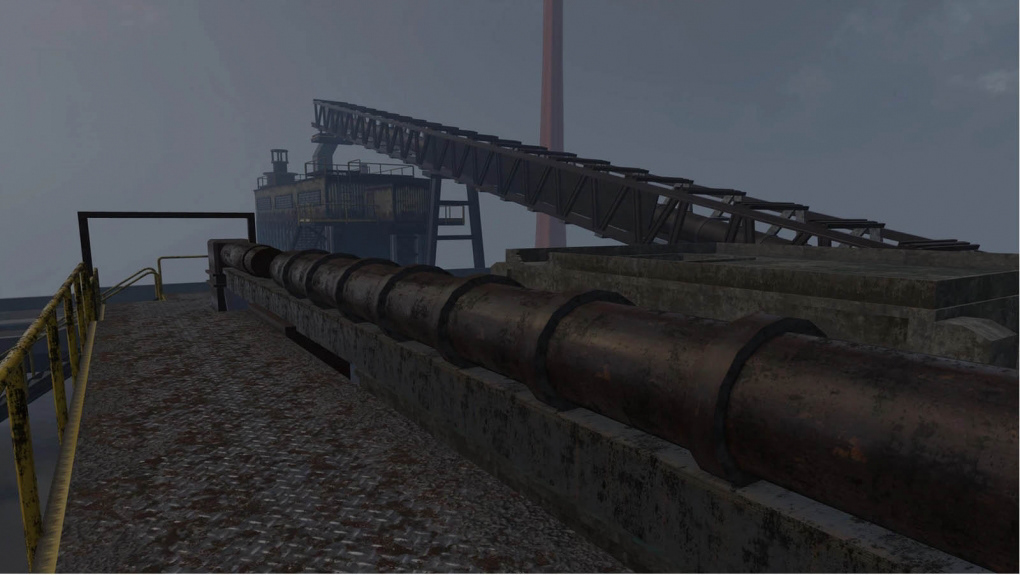 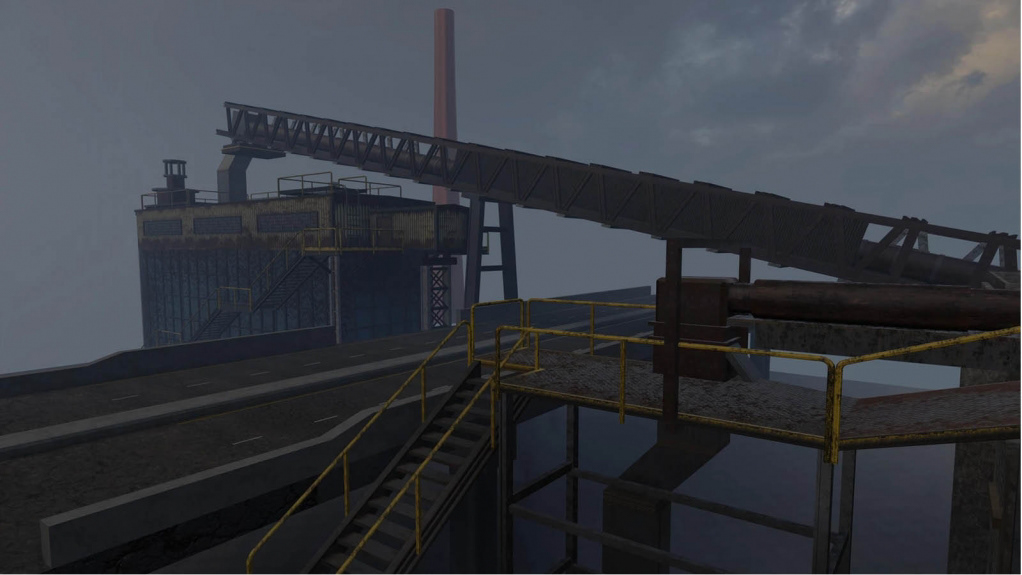 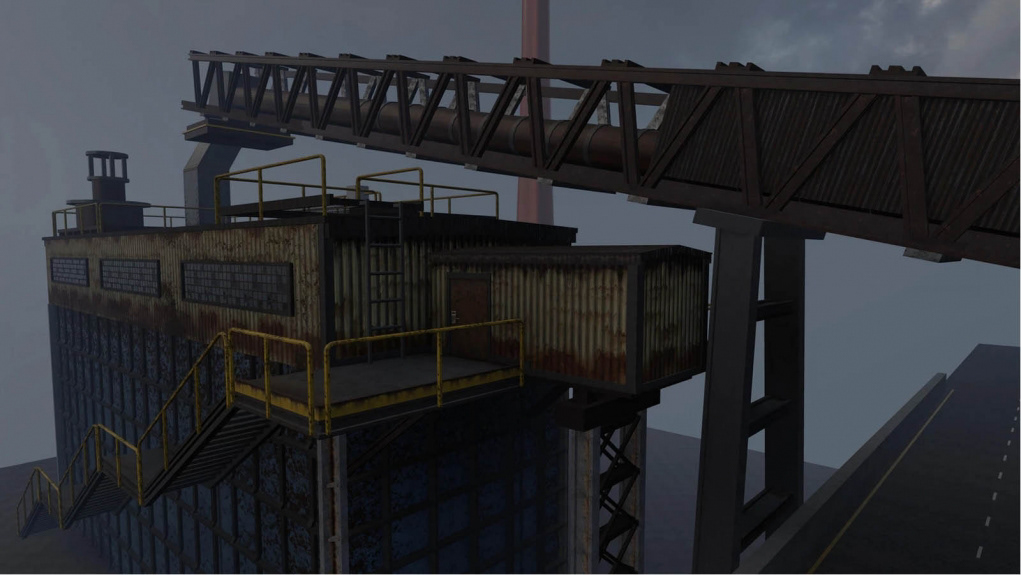 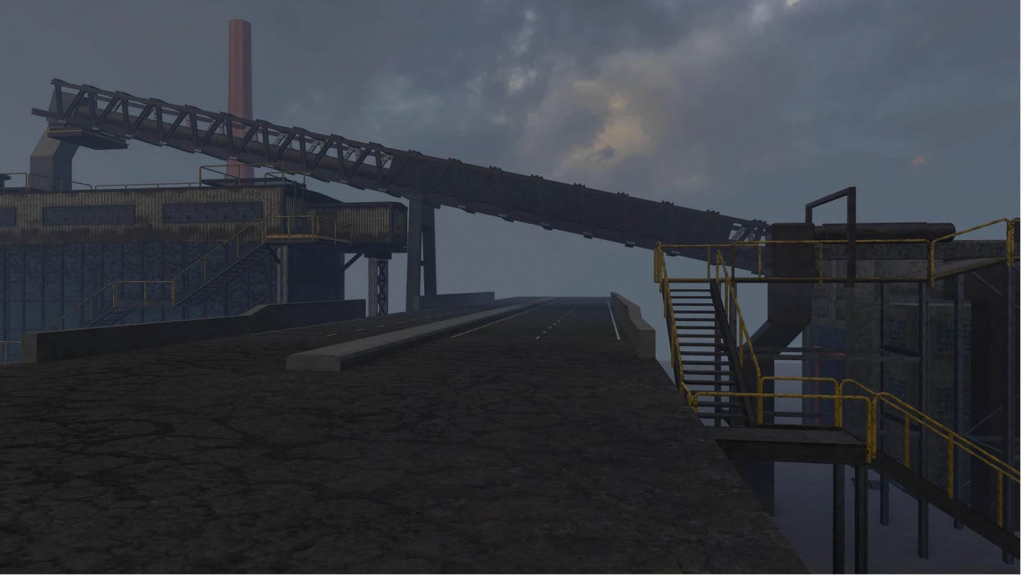 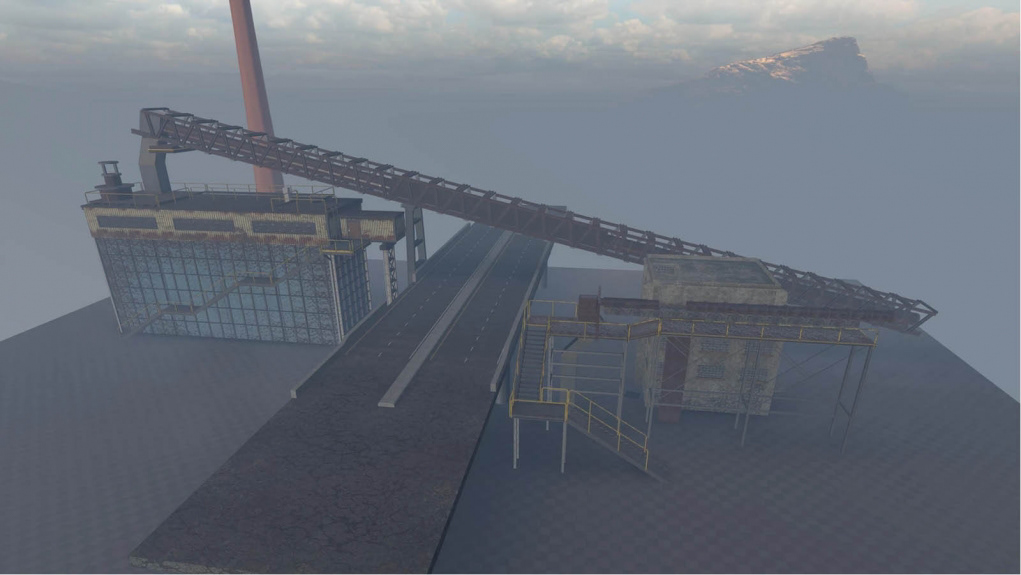 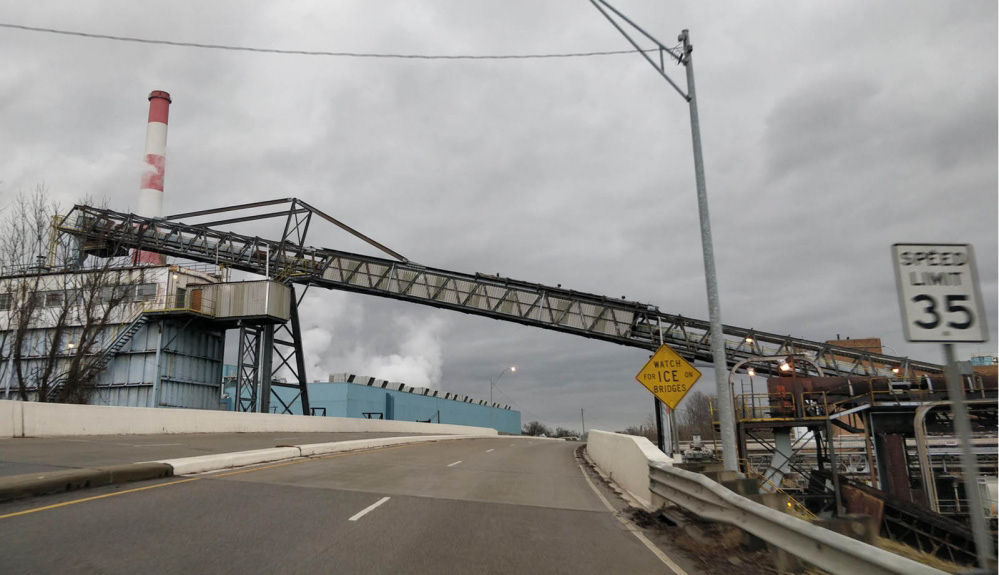 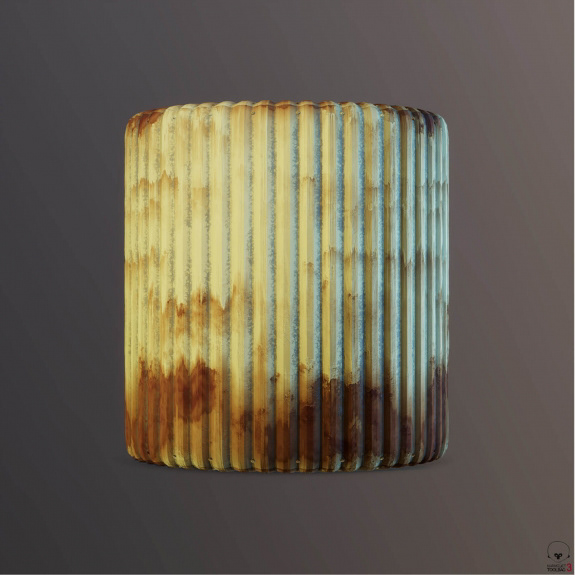 Escape From the Glass Factory

The Battle of Starcourt
↑Back to Top

Insert copy here, which should vary depending on your region. Accept